Darwin and His Children. His Other Legacy 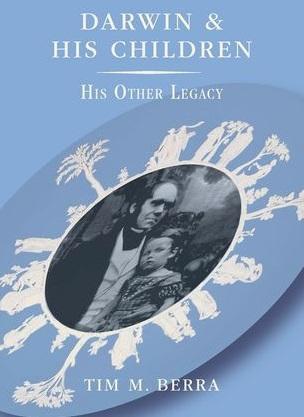 Darwin and His Children. His Other Legacy
Tim M. Berra
OUP USA
272 pages | 44 bw halftones | 210x140mm
978-0-19-930944-3 | Hardback | 26 September 2013
Scheda del libro
Contains detailed accounts of each of Darwin’s children, about whom very little has been written.
Written by Tim Berra, an expert on Darwin and someone who has written successfully about Darwin.
Diverse and distinct stories, as Darwin’s children each lived very different lives, some tragic, some successful.
While much has been written about the life and works of Charles Darwin, the lives of his ten children remain largely unexamined. Most “Darwin books” consider his children as footnotes to the life of their famous father and close with the death of Charles Darwin. This is the only book that deals substantially with the lives of his children from their birth to their death, each in his or her own chapter. Tim Berra’s Darwin and His Children: His Other Legacy explores Darwin’s marriage to his first cousin, Emma Wedgwood, a devout Unitarian, who worried that her husband’s lack of faith would keep them apart in eternity, and describes the early death of three children of this consanguineous marriage. Many of the other children rose to prominence in their own fields. William Darwin became a banker and tended the Darwin family’s substantial wealth. Henrietta Darwin edited Charles’ books and wrote a biography of her mother. Three of Darwin’s sons were knighted and elected Fellows of the Royal Society: Sir George Darwin was the world’s expert on tides, Sir Francis Darwin developed the new field of plant physiology, and Sir Horace Darwin founded the world-class Cambridge Scientific Instrument Company. Major Leonard Darwin was a military man, Member of Parliament, and patron of early genetic research. This book, richly illustrated with photographs of the Darwin family, demonstrates the intellectual atmosphere whirling about the Darwin household, portrays loving family relationships, and explores entertaining vignettes from their lives.