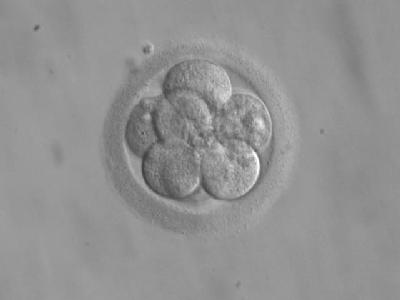 Evo–devo: extending the evolutionary synthesis
Gerd B. Müller
Nature Reviews Genetics 8, 943-949, 2008
Evo–devo is now a mature field encompassing a wide range of research areas. The author offers his assessment of its main theoretical implications and challenges for the immediate future.

Ecco l’abstract
Evolutionary developmental biology (evo–devo) explores the mechanistic relationships between the processes of individual development and phenotypic change during evolution. Although evo–devo is widely acknowledged to be revolutionizing our understanding of how the development of organisms has evolved, its substantial implications for the theoretical basis of evolution are often overlooked. This essay identifies major theoretical themes of current evo–devo research and highlights how its results take evolutionary theory beyond the boundaries of the Modern Synthesis.

Written in stone: fossils, genes and evo–devo
Rudolf A. Raff
Nature Reviews Genetics 8, 911-920, 2008
Evo–devo has its origins in both palaentology and developmental genetics, but there is a tendency to overlook the former as being old-fashioned. However, integrating information from both sources is essential to generating realistic hypotheses about how developmental processes evolved.

Ecco l’abstract
Fossils give evo–devo a past. They inform phylogenetic trees to show the direction of evolution of developmental features, and they can reveal ancient body plans. Fossils also provide the primary data that are used to date past events, including divergence times needed to estimate molecular clocks, which provide rates of developmental evolution. Fossils can set boundaries for hypotheses that are generated from living developmental systems, and for predictions of ancestral development and morphologies. Finally, although fossils rarely yield data on developmental processes directly, informative examples occur of extraordinary preservation of soft body parts, embryos and genomic information.

Ecco l’abstract
Reciprocal questions often frame studies of the evolution of developmental mechanisms. How can species share similar developmental genetic toolkits but still generate diverse life forms? Conversely, how can similar forms develop from different toolkits? Genomics bridges the gap between evolutionary and developmental biology, and can help answer these evo–devo questions in several ways. First, it informs us about historical relationships, thus orienting the direction of evolutionary diversification. Second, genomics lists all toolkit components, thereby revealing contraction and expansion of the genome and suggesting mechanisms for evolution of both developmental functions and genome architecture. Finally, comparative genomics helps us to identify conserved non-coding elements and their relationship to genome architecture and development.

The road to modularity
Günter P. Wagner, Mihaela Pavlicev & James M. Cheverud
Nature Reviews Genetics 8, 921-931, 2008
A module is a linked group of phenotypic traits that depend on each other but are relatively independent of other modules. The insight that developmental mechanisms are modular is important for their evolution, making modularity a key concept in evo–devo and beyond.

Ecco l’abstract
A network of interactions is called modular if it is subdivided into relatively autonomous, internally highly connected components. Modularity has emerged as a rallying point for research in developmental and evolutionary biology (and specifically evo–devo), as well as in molecular systems biology. Here we review the evidence for modularity and models about its origin. Although there is an emerging agreement that organisms have a modular organization, the main open problem is the question of whether modules arise through the action of natural selection or because of biased mutational mechanisms.