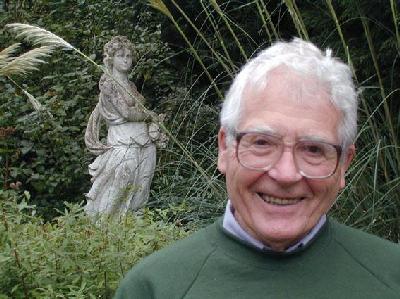 Per dare una idea del contenuto dell’articolo ecco alcuni brani One of the most eminent scientists of our time says that global warming is irreversible – and that more than 6 billion people will perish by the end of the century Intervista a cura di Jeff Goodell At the age of eighty-eight, after four children and a long and respected

At the age of eighty-eight, after four children and a long and respected career as one of the twentieth century’s most influential scientists, James Lovelock has come to an unsettling conclusion: The human race is doomed. “I wish I could be more hopeful,” he tells me one sunny morning as we walk through a park in Oslo, where he is giving a talk at a university. Lovelock is a small man, unfailingly polite, with white hair and round, owlish glasses. His step is jaunty, his mind lively, his manner anything but gloomy. In fact, the coming of the Four Horsemen — war, famine, pestilence and death — seems to perk him up. “It will be a dark time,” Lovelock admits. “But for those who survive, I suspect it will be rather exciting.”

In Lovelock’s view, the scale of the catastrophe that awaits us will soon become obvious. By 2020, droughts and other extreme weather will be commonplace. By 2040, the Sahara will be moving into Europe, and Berlin will be as hot as Baghdad. Atlanta will end up a kudzu jungle. Phoenix will become uninhabitable, as will parts of Beijing (desert), Miami (rising seas) and London (floods). Food shortages will drive millions of people north, raising political tensions. “The Chinese have nowhere to
go but up into Siberia,” Lovelock says. “How will the Russians feel about that? I fear that war between Russia and China is probably inevitable.” With hardship and mass migrations will come epidemics, which are likely to kill millions. By 2100, Lovelock believes, the Earth’s population will be culled from today’s 6.6 billion to as few as 500 million, with most of the survivors living in the far latitudes — Canada, Iceland, Scandinavia, the Arctic Basin.

By the end of the century, according to Lovelock, global warming will cause temperate zones like North America and Europe to heat up by fourteen degrees Fahrenheit, nearly double the likeliest predictions of the latest report from the Intergovernmental Panel on Climate Change, the United Nations-sanctioned body that includes the world’s top scientists. “Our future,” Lovelock writes, “is like that of the passengers on a small pleasure boat sailing quietly above the Niagara Falls, not knowing that the engines are about to fail.” And switching to energy-efficient light bulbs won’t save us. To Lovelock, cutting greenhouse-gas pollution won’t make much difference at this point, and much of what passes for sustainable development is little more than a scam to profit off disaster. “Green,” he tells me, only half-joking, “is the color of mold and corruption.”