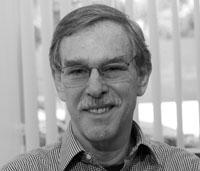 Da Martedì, 12 Novembre 2013 ore 09:00 a Venerdì, 15 Novembre 2013 ore 18:00
Fondazione Edmund Mach, Sala Conferenze (6302). Terzo Piano Palazzo della Ricerca e della Conoscenza
Via E. Mach, 1 38010 S. Michele all’Adige (TN)
THE GENOME AS A READ-WRITE SYSTEM. THE PURSUIT OF A NATURAL FORM OF GENETIC ENGINEERING
The idea of a lecture course to be given by James A. Shapiro, professor of Microbiology at the University of Chicago, stemmed out from both theoretical studies of the response of the living cells to their environment (gene regulation), and practical developments of experiments optimizing the use of living organisms for the advantage of mankind (gene engineering): they prompted an urgent revision of the basic foundations of both evolution and development. In  2011 ‘Jim’ Shapiro published ‘Evolution – A view from the 21st Century’: it revised the concept of ‘gene’ as a stable depository of the genetic information necessary for individual development and species evolution. The ensuing revision of the ‘synthetic’ role of genes and genomes confirmed the awareness accompanying the conclusion of the Human Genome Project that ‘reading’ the genome was per se inadequate for the ‘analytical’ understanding of inheritable traits formation and transmission. The discovery that the sequence of DNA is necessary but insufficient for the functions of genes and genomes was quickly followed by the clarification of their transient modifications (epigenetics), irreversible rearrangements (transpositions), interactions with symbionts and environment: this opened new vistas and provided novel approaches to ‘writing’ the genome as perfected by nature through eons and now increasingly available to man in its efforts toward a ‘synthetic biology’.
Hence the preparatory seminars given through 2013 in S. Michele all’Adige by V. Sgaramella, R. Velasco, D. Cavalieri and F. Salamini, the 11-15 November 2013 course plus Lectio Magistralis of Shapiro under the aegis of Fondazione E. Mach on ‘Genome Reading&Writing: towards a natural genetic engineering’ (by Vittorio Sgaramella)
Informazioni
Locandina in allegato